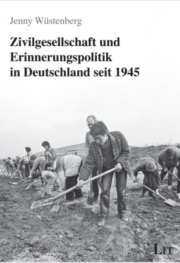 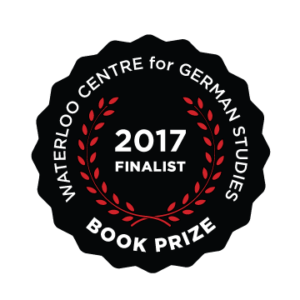 Blending history and social science, this book tracks the role of social movements in shaping German public memory and values since 1945. Drawn from extensive original research, it offers a fresh perspective on the evolution of German democracy through civic confrontation with the violence of its past.

Told through the stories of memory activists, the study upends some of the conventional wisdom about modern German political history. An analysis of the decades-long struggle over memory and democracy shows how grassroots actors challenged and then took over public institutions of memorialization. In the process, confrontation of the Holocaust has been pushed to the centre of political culture. In unified Germany, memory politics have shifted again, as activists from East Germany have brought attention to the crimes of the East German state. This book delivers a novel and important contribution to scholarship about postwar Germany and the wider study of memory politics.
Read more

'Where does memory come from, and where does it take place? In contrast to conventional approaches that emphasize either the state as a producer of memory or the private sphere as the location of non-state memory, Jenny Wüstenberg's important book highlights the neglected role of memory activists. This book is a truly significant contribution to the literature, both about Germany and about memory politics, providing nuanced interpretations and novel theoretical insights. A major accomplishment!'

Jeffrey Olick, University of Virginia, author of "The Politics of Regret" and "The Sins of the Fathers"

'Emphasizing the role of memory activists in civil society - and their entanglement with state institutions and actors - Jenny Wüstenberg makes a compelling case for the force of contentious memories in reshaping the landscape of democratic remembrance. Her bottom-up approach brings memory agency to the fore and provides a necessary new perspective on a history we thought we already knew: the development of the public memory of National Socialism, the Holocaust, and communist repression in the postwar Federal Republic of Germany. Civil Society and Memory in Postwar Germany is important reading for all scholars in memory studies, Holocaust studies, and German studies.'

Michael Rothberg, UCLA, author of Multidirectional Memory: Remembering the Holocaust in the Age of Decolonization

'This important book contains crucial and original insights into a phenomenon that has previously not received the attention it deserves. (…) a thoroughly researched, well-written, and significant contribution to German contemporary historical, political, and cultural studies.'

'Wüstenberg’s book makes an important contribution to debates about the role of civil society in Germany’s postwar democratization and fundamentally changes the way we understand the development of German memory politics.'

Review by Stephen Milder in German Politics and Society

'Despite its very specific regional and temporal focus, this extremely well-resourced study is suitable for a broad range of readers interested in memory, including but not limited to policy and decision makers, memory workers and activists, students and academics from around the world. The book offers a unique overview of the many advantages of memory initiatives, while informing readers of the dangers and difficulties this process includes. Effectively, the book can serve as a manual in understanding and systematising the plethora of actors and factors at play in a post-conflict society, beyond the German context. At the same time, the richness of the examples and the detailed historical background given, make it a thesaurus of good practices for the discovery of innovative ways in which post-conflict societies may critically reflect on their traumatic past.'
Click here for full review

From review by Nadia Kornioti on the website of the Historical Dialogues, Justice, and Memory Network

'Wüstenberg’s study of memory activism in Germany is an extensive exploration of memory work in activist groups after 1945, offering sophisticated historical and political analysis of the tension between majoritarian and normative cultures of remembrance. (…)  Applying a critical approach, Wüstenberg demonstrates how civil society’s engagement in memory politics has altered the balance between the representative and normative components of democratic memory.'

Chapter 1 introduces the arguments I develop throughout the book, as well as explains my use of central concepts. I address the understudied subject of memory activism in the shaping of the German memorial landscape and institutions since 1945 through the lens of social scientific theories about civil society, social movements, the state, democracy, and public memory. I examine the link between memory and democracy in two ways. First, I offer a novel explanation of why Germany’s approach to commemoration changed so dramatically in the course of the postwar period and followed a trajectory that is unique when compared to other countries. I trace how the normative regime of memory – those practices and narratives about the past that are considered acceptable by the public and state institutions – changes over time through civic action. Second, in this first comprehensive account of memory activism in Germany, I contend that it is precisely when the work of memorialization is contentious – when memory work becomes memory protest – that civil society challenges norms and institutional structures and directly impacts the course of democratic societies.

2 Memorial Politics and Civil Society Since 1945

Chapter 2 provides an account of civic initiatives aimed at building memorials since 1945. The goal is to examine the entire breadth of memory activism of the early, postwar period – including the efforts of victims of Nazi persecution, reconciliation initiatives, anti-Communist campaigners, expellee groups, and veterans. In this way, I assess not only the incidence of civic involvement, but also its outcome in terms of concrete memorial spaces. This chapter demonstrates that while the history of memory in Germany is incomplete without due attention to these groups, the state maintained the upper hand in struggles over memory during this time. The examination of the early memorial activists of the Federal Republic (and of attempted civic action in the German Democratic Republic) is couched in the broader context of the history of German memory politics. I also discuss how memorial debates have developed from the 1960s to the present in order to contextualize the arguments I make about civic memorialization in subsequent chapters.

In the third chapter, I focus on the initiatives that helped to transform the sites of Nazi terror – most importantly concentration camps on German soil – into large, state-funded institutions with educational missions and political cultural weight. I discuss the changing role of victims’ associations in the governance and design of these memorials and their interaction with the Gedenkstättenbewegung (Memorial Site Movement) that gained in strength since the 1980s. I trace the process by which civic pressure has shifted these sites of Nazi terror from the margins to the heart of German public policy and commemorative culture. I focus particular attention on the case study of the Active Museum, the citizen’s initiative in Berlin discussed at the outset of this chapter, which was instrumental in achieving what is today one the most important memorial sites of the Federal Republic: the Topography of Terror.

4 Dig Where You Stand: The History Movement and Grassroots Memorialization

The fourth chapter offers the first comprehensive account of the left-wing Geschichtsbewegung (History Movement). It was composed of myriad local “workshops” and “alternative archives” that were networked with each other and sought to practice a new type of historical research and public education. I detail the Movement’s emergence, milieu, goals, practices, development, outcomes, as well as its gradual decline in the 1990s. Through their local work, the History Movement became one of the most important initiators of memorials throughout West Germany. Through lobbying efforts, protest action, and their “long march” into the institutions of the state, these activists have transformed both memory landscape and institutions from the ground up, emphasizing the importance of critical remembrance for democracy.

5 Memorial Aesthetics and the Memory Movements of the 1980s

Chapter 5 examines how the Memorial Site and the History Movement have jointly influenced the German memorial landscape. I discuss and illustrate the design principles promoted by these closely-allied movements, including decentrality, authenticity, antimonumentality, and the diversity of the victims of Nazi terror. A common theme is the attention paid to the nonemotionality of approach and the primacy of historical research, which is an emphasis that will later clash with the aesthetics of some GDR victim groups.

6 A Part of History That Continues to Smolder: Remembering East Germany from Below

The sixth chapter shifts attention to memory politics after the fall of the Berlin Wall. I investigate both the institutional context and many important civic initiatives to commemorate the GDR, which were closely intertwined from the outset. I detail the roles played by victims groups, former GDR oppositionists, “pragmatic” activists, and for-profit memory entrepreneurs. I analyze the ways in which civil society initiatives have framed their work in terms of democratic memorialization and the need for recognition, as well as the tools used to implement their goals. I then trace how civic memorial projects have become institutionalized and how state and civil society have become interwoven. To illustrate these processes, and the difficulties that can arise along the way, I discuss the case of the Leistikowstrasse Memorial in Potsdam – the site of a former Soviet prison. Throughout the chapter, I argue that remembrance of the GDR must be viewed in the context of the institutional structures and individuals that have become significant in the course of the struggle to commemorate the Nazi past. Thus, the antecedent history of civil society engagement in the field of memory politics shapes current developments.

In the concluding chapter I bring together evidence from the study as a whole to construct an argument concerning the mechanisms by which memory activists engage with and transform state institutions. I examine how left-wing memory activists have made their mark on memorial institutions through institution-building, staffing, and normative transferal. I also trace the processes of institutionalizing those civic initiatives that have campaigned to commemorate different facets of the GDR legacy. Overall, I emphasize the importance of mnemonic civic action, its long-term influence on institutions, and its crucial function in explaining the ongoing competition between Holocaust and Communist memories in the Federal Republic. Moreover, I stress the analytical leverage gained from the focus on civic activism for understanding the complex relationship between memory and democracy. I argue that the relationship between civic activists and the state in the cultural field of public commemoration has important implications for our understanding of the memory-democracy nexus. Unlike unabashed champions of civil society such as Putnam, I argue that the interventions of activists in memory politics do not have an automatically positive impact on institutions. Nevertheless, it is crucial to take seriously the demands of memory activists – whether civil or “uncivil” – if our goal is to build a truly democratic culture of remembrance.